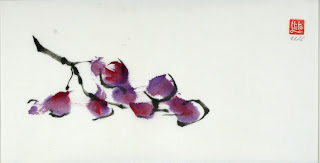 Art stimulates our imagination, sense of discovery and ability to express a feeling or thought in communicating with others. Art is a way of connecting with that inner quiet space, stillness.

That space is not reserved for artists alone. That stillness is the essence of all beings. A walk in the forest, a deep breath, a sunset…. all remind us of that space. So is it the object or the ability to connect to it from that quiet place which defines it as art? Does the artist create art, or does the viewer create art? I would say that if one is centered, connected with their soul, one would see art in practically everything, as everything is an expression of somebody’s creativity or creativity of the collective and especially of nature. An artist’s job is to facilitate that connection.

So the art is created by both the artist, with his/her creativity, technical and theoretical knowledge, and the viewer, who with his/her ability to quiet the mind, sees the intent.